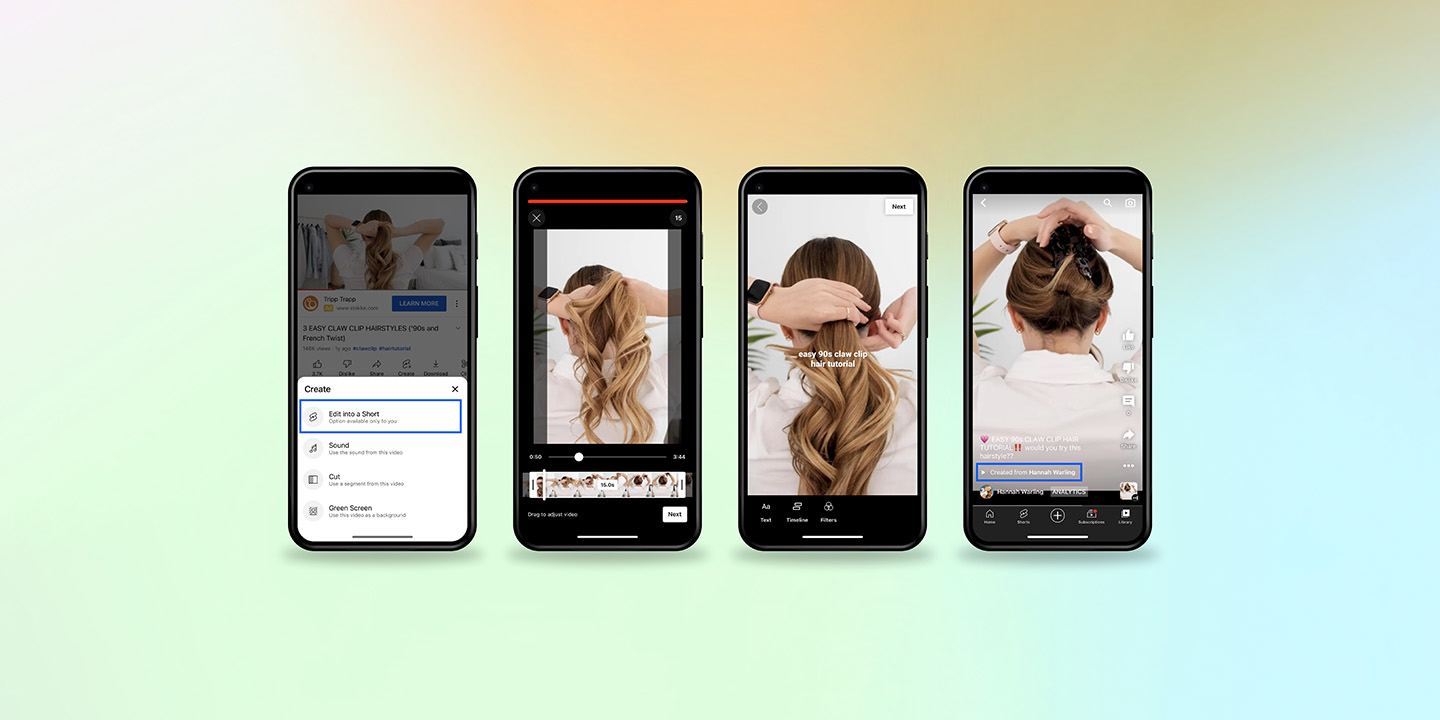 YouTube isn’t giving up on efforts to push short-form video with its TikTok rival, YouTube Shorts. The streaming giant revealed it is working on making it easier for creators to turn their long-form videos into Shorts with its new “Edit into a Short” tool in both the iOS and Android app.

Creators will be able to select up to 60 seconds from any of their YouTube videos and bring the clip into the Shorts editor. From there, users can add text, filters and other videos shot with the Shorts camera or from their photo library.

The final Short will then link to the full video the clip was from. This feature could help make Shorts a useful promotional tool for a creator’s long-form content - a method many have adopted on Reels and TikTok.

YouTube has put a lot of focus on Shorts since its arrival, and if they play their cards right, it might prove to be an effective tool. Already the platform reported last month that over 1.5 billion people watched Shorts each month.

Instagram is pausing tests of full-screen photo and video posts. The app is also temporarily decreasing the number of posts that are algorithm recommended.

Adam Mosseri is temporarily moving to London in an effort to help its creator team lure users away from TikTok as the company continues to struggle with user decline.

The initiative will support emerging and independent artists distributing music on the platform via DistroKid with funding and creative support.

Twitter insists its subscription service increasing from $2.99 to $4.99 will help them continue to build requested features and improve on current perks.

Patent filings in the US uncovered by Insider suggest TikTok is preparing to launch a music streaming service which could challenge Spotify and Apple.

The company has launched a new invite-only app called Shuffles for collage-making in which users can create a digital mood board and collaborate with others.

Similar to Meta, the video platform’s new program will enable creators the option to add licensed music into their content while still being able to monetise content.