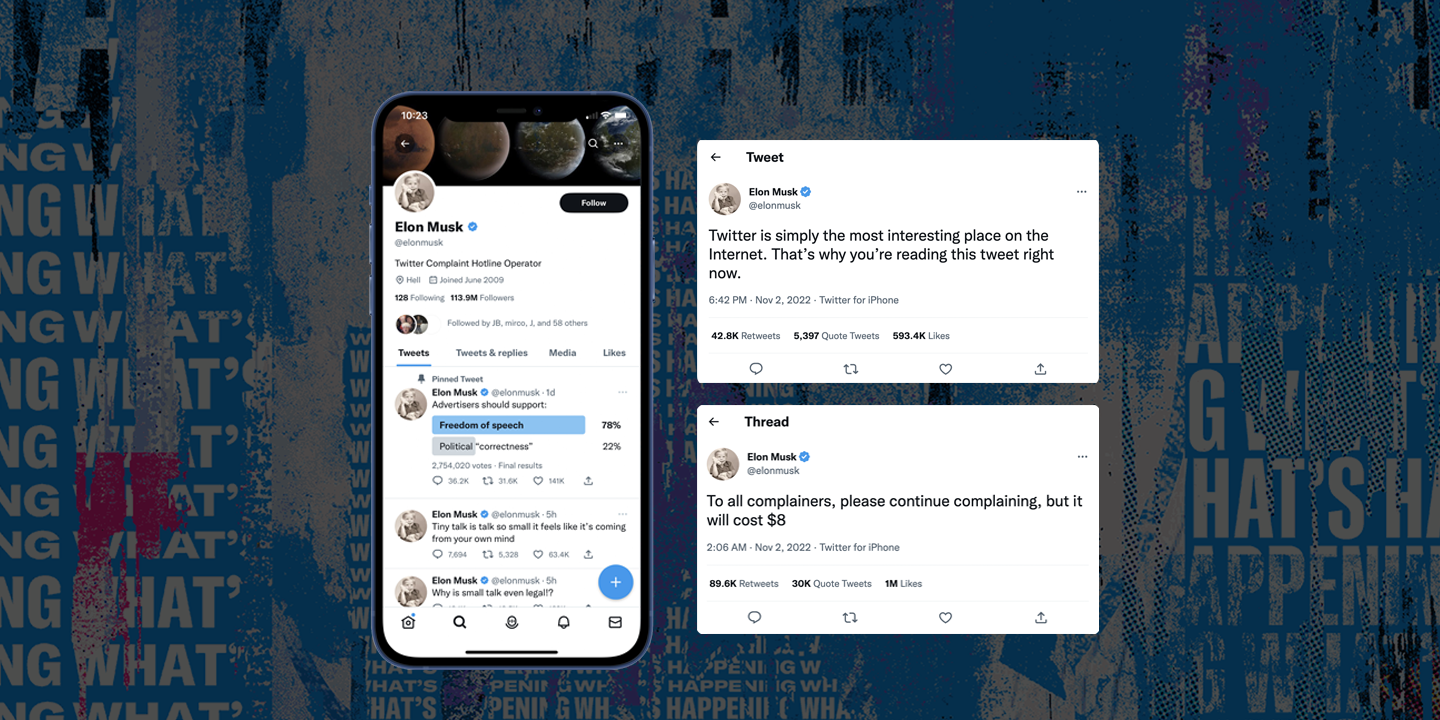 After months of going back and forth - Elon Musk has officially completed his £44 billion takeover of Twitter. Shortly after acquiring the company, Musk reportedly fired several top executives, including CEO Parag Agrawal.

With Musk now taking control, Twitter’s future remains uncertain. Already, Musk has received backlash this week following his plans to charge users $20 per month for a verified status on the app. As of Tuesday, this has been changed to $8.

However, this subscription-based model would not only still affect over 400,000 blue tick accounts on Twitter but undermines the overall purpose as a whole. Being verified on social platforms like Twitter - especially for creators - is a sign of credibility and influence. These nuances take creators years to build and create because of their influence online, so for this to be reduced to something that can be bought undervalues the impact of this.

In addition to his many changes to the platform, Musk has told Twitter engineers to look at whether the short-form app Vine can be revived.

The platform announced a redesign that splits its video content - long-form, Shorts and Live - into three different tabs on all channel pages.

The short-form platform is making its foray into gaming with plans to add a dedicated tab, which will feature a host of mobile games.