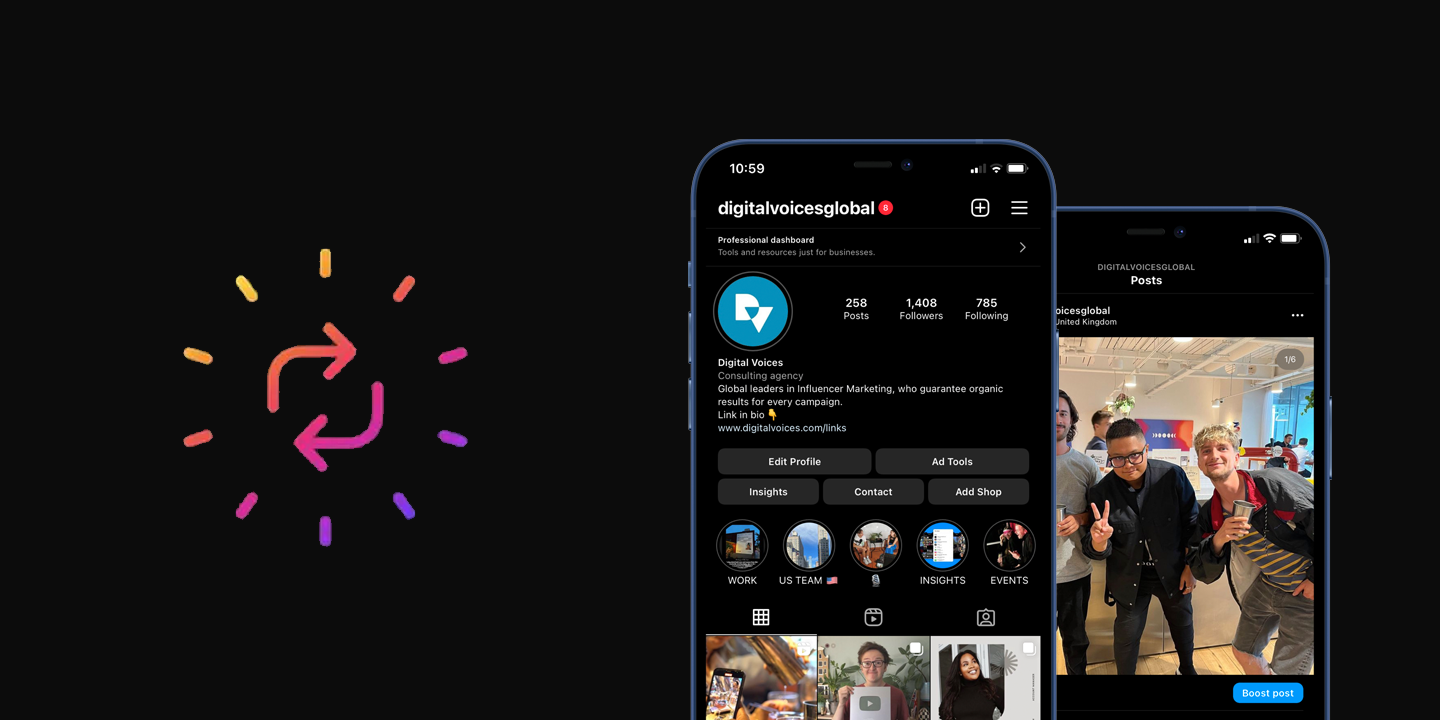 Following Twitter’s "Retweets", Tumblr’s "Reblog" and TikTok’s newly introduced Repost button, Instagram is working on a feature where users can re-share someone else’s content onto their own feed in a new tool called "Reposts".

Sharing posts on Instagram isn’t anything new - we’ve seen this develop over the years with the option to share via Instagram Story and Direct Messages. However, Reposts will allow users to share posts on their own Feed, as well as their Followers’ Feeds. The new feature will appear on users profiles alongside the Posts; Reels and Tagged Photos tabs.

“We’re exploring the ability to reshare posts in Feed — similar to how you can reshare in Stories — so people can share what resonates with them, and so original creators are credited for their work,” Seine Kim, a spokesperson from Meta revealed. In addition, Reposts could also prove to be a useful way for creators on the platform to get their content discovered.

Reposts aren't publicly available to test, but Instagram will soon begin trialling the new feature with a small number of people.

‍Your weekly round up of the latest industry news and platform updates collated by Digital Voices’ Strategy and Insights team.

The streaming platform is planning to feature its short-form offering on YouTube Kids for the first time.

Instagram is internally testing a new monetisation feature called Gifts exclusive to Reels that would allow users to send gifts and tips.

New analytics will provide more data on what creator’s audiences are interested in based on search, engagement activity and topic interaction.

Twitter shareholders have voted to approve a proposed $44 billion acquisition by Elon Musk meaning the company will proceed to a trial in October.