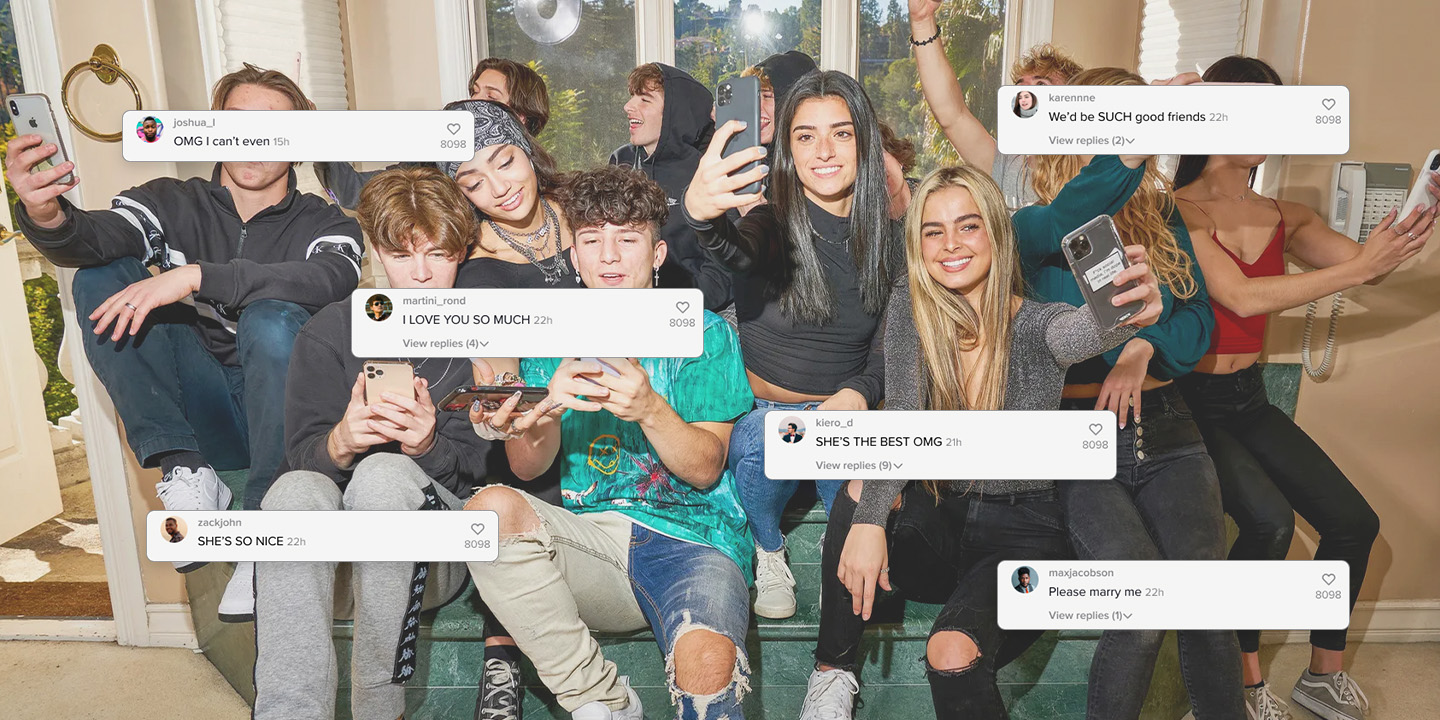 What are parasocial relationships?

Parasocial relationships can be defined as one-sided bonds created as a result of regular media usage and the familiarity of a persona within the media, such as a TV show character or a frequently viewed influencer. An initial admiration can quickly transform into a deeper connection.

So, what’s the science behind it? The brain focuses on social connections, and we pay extra attention to faces and voices, specifically those who we encounter in our daily lives. The more media we consume over time, the deeper these connections have evolved.

When did this new type of relationship begin to form?

The term has been used for a long time, as people worshipped Gods and other figures in this way. However, these connections became more intimate when films and TV shows became increasingly more accessible and audience subcultures (and fans) formed around particular shows.

The average digital user spends around 2.5 hours per day being active on social media platforms, with YouTube being around 40 minutes of that time - more time than many people see their friends! During the pandemic, for many, these online connections grew as they were the only ‘interactions’ they had with the outside world.

The pros and cons

Generally speaking, these one-sided connections can be seen as a positive, as they can provide a sense of belonging, inspiration and entertainment.

However, despite this comforting feeling, psychologists argue that loyal fans can sometimes feel betrayed when unpopular opinions are presented publicly and when ‘cancel culture' is involved.

Break up or make up?

Last month, some of the Digital Voices team members visited VidCon - the annual gathering for the world's leading digital creators, platform innovators, and their fans to connect in person. An event once known for flocks of devoted fans headed to meet their favourite creators.

This year at VidCon there was a large increase of TikTok creators attending.

The rise of short-form videos on TikTok has impacted how viewers connect with influencers. The nature of the content differs from YouTube creators in particular. The intimate content shared, such as ‘A day in the life’ or ‘Come with me to [x]’, gave viewers an exclusive insight into someone else’s life, daily struggles, home and family. But on TikTok this has now transitioned to less personal and light-hearted snippet-style content.

As a result of this shift, TikTok creators at Vidcon experienced ill-attended meet and greets and influencer talks. Our CEO Jenny talks more about this insightful observation here.

Is this the start of a new social connection?