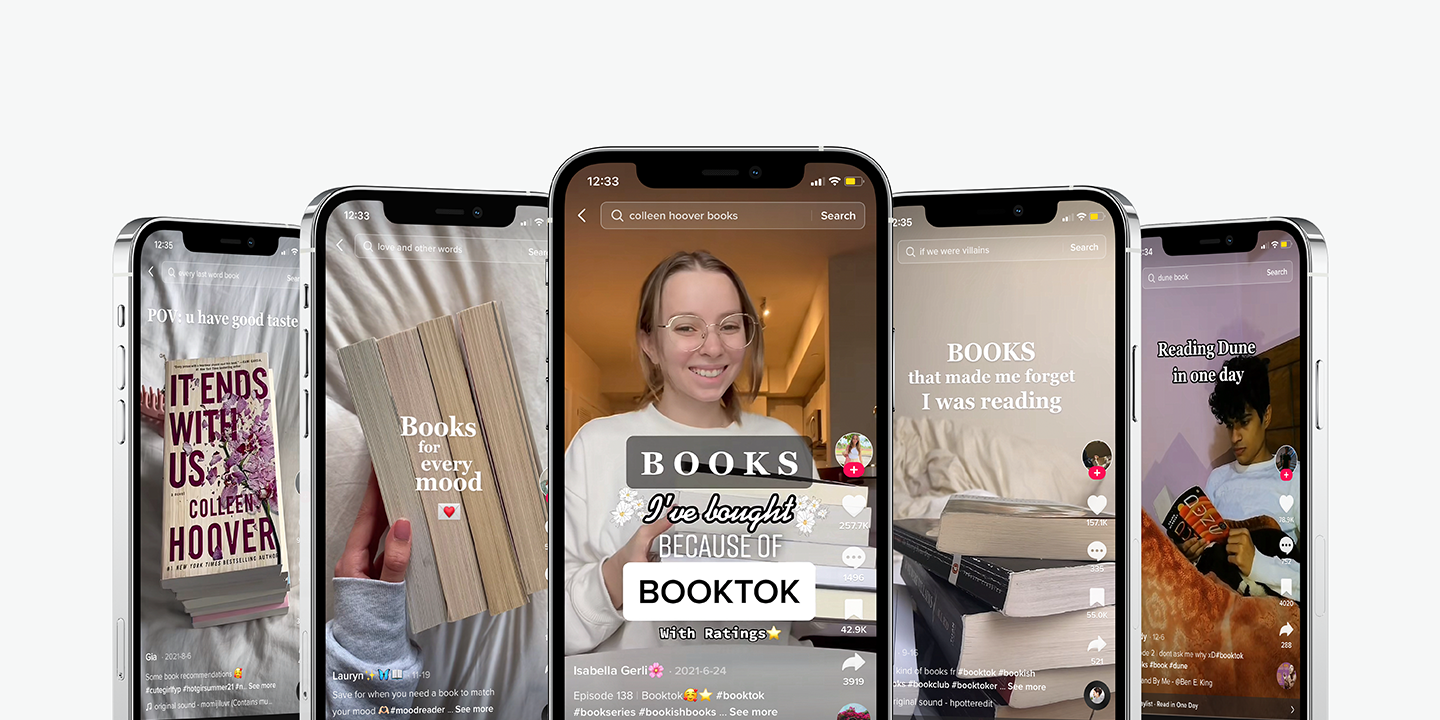 What we can learn from the success of BookTok

The book community on TikTok has significantly changed the face of the publishing industry for the better; with increased sales and individual authors rising to fame out of the blue, what is it about BookTok that causes it to have such an influence?

Communities of book lovers online are nothing new. For over a decade now we’ve seen BookTube and Bookstagram become significant verticals on the platforms, with creators gaining a following of millions eagerly awaiting book recommendations and controversial character opinions. However, the success of these platforms is unmatched to that of BookTok, which has not only become a significant vertical on the platform but has made a change to the publishing industry itself.

In 2021, book sales rose by 5% in the UK, according to the Publishers Association, and this increase has been attributed to the influence of Creators on TikTok. While the series of lockdowns during the pandemic may also have played a part in the increased interest in reading, the BBC reported that four of the top five young adult bestsellers in 2021 were linked to popular favourites on BookTok, further showcasing the power of influence that the platform has.

So what can we learn from this positive influence of BookTok on the publishing industry?

The Power of Viral TikTok

The Song of Achilles by Madeline Miller was published in 2011. Its first print run had 20,000 copies; as of 2022, it has now sold over 2 million copies, following traction building on TikTok. This shows that not only are new releases benefitting from the opinions of BookTok Creators but so are their old favourites. Miller’s career as a writer was completely transformed following the popularity of her book on the platform, allowing her to transition to writing full-time. Of course, in this instance, it was completely unexpected and down to luck that the BookTok community were such a big fan of her work, but the odds can be put in your favour by sending out ARCs (Advance Reader Copies), which are the equivalent of gifting in the beauty world.

In fact, the beauty industry has seen a similar response to viral TikTok too, with products flying off the shelves when recommended with great results by Creators. One of these is The Ordinary’s AHA 30% + BHA 2% Peeling Solution, which was initially tested and recommended by TikTok user @kaelynwhitee. This led to a surge in sales of 52,000 units in two weeks, showing that the significance of a TikToker’s opinion is not just bound to the book community, but can transcend into all types of products and services.

Similarly, with TikTok becoming used increasingly like a search engine, brands should not be underestimating the power of reviews online. These Creators’ opinions are shaping the perception of brands and their products, so it's vital to have an awareness of them. Even more so when the hashtag #TikTokMadeMeBuyIt has billions of videos of people sharing their thoughts on these viral products.

The key to these recommendations is their authenticity. Elizabeth A. Harris wrote for the New York Times, “The most popular videos don’t generally offer information about the book’s author, the writing or even the plot, the way a traditional review does. Instead, readers speak plainly about the emotional journey a book will offer.”

We’ve known for years that the power of Creators across all platforms is the relationship that they have with their audience. The trust that is built between Creator and viewer means that their opinion holds much more weight than a review in a newspaper or magazine, for example. Thus, by highlighting the emotional journey of a book, as Harris mentions, Creators are further tapping into that close connection they share with their audience and the emotional relatability that they share.

When working with Creators on sponsored posts, we can take from this that it is important to give them a sense of creative control and allow them to use their own words in order to convey the brand messaging to their audience. In this way, their opinion will be more authentic and significant to the audience and thus is likely to have a larger impact.

Building on the Trends

As a result of the success of BookTok online, many booksellers have now added dedicated shelves in their shops to the current popular books going viral on the app. By bringing the online phenomenon into the real world, bookstores can utilise the surge happening online and use it to drive more sales. While TikTok is unpredictable, if the sections of these bookshops can remain up-to-date and current, they can take advantage of what’s happening online.

Similarly, TikTok partnered with the American book company Barnes & Noble in the summer to create a reading challenge to encourage more people to post about the books they’re reading. The landing page included a list of suggested titles which were linked directly to the Barnes & Noble website. The stores themselves would also have QR codes dotted around to send customers to the TikTok landing page too. Again, this crossover of connecting real-world bookstores with the online platform enables the viral frenzy taking place on the app to convert into sales.

Overall, by looking at BookTok as an example of an online community of Creators that have positively impacted an entire industry, we can see that TikTok is a powerful platform and that the core value of authenticity and audience connection is still integral for influencer campaigns.

We know that TikTok is an unpredictable and often uncontrollable entity, but its power and influence is undeniable. At Digital Voices, we encourage our clients to trial TikTok campaigns to see how it might work for them.

If you think TikTok could work for your brand, then please get in touch.