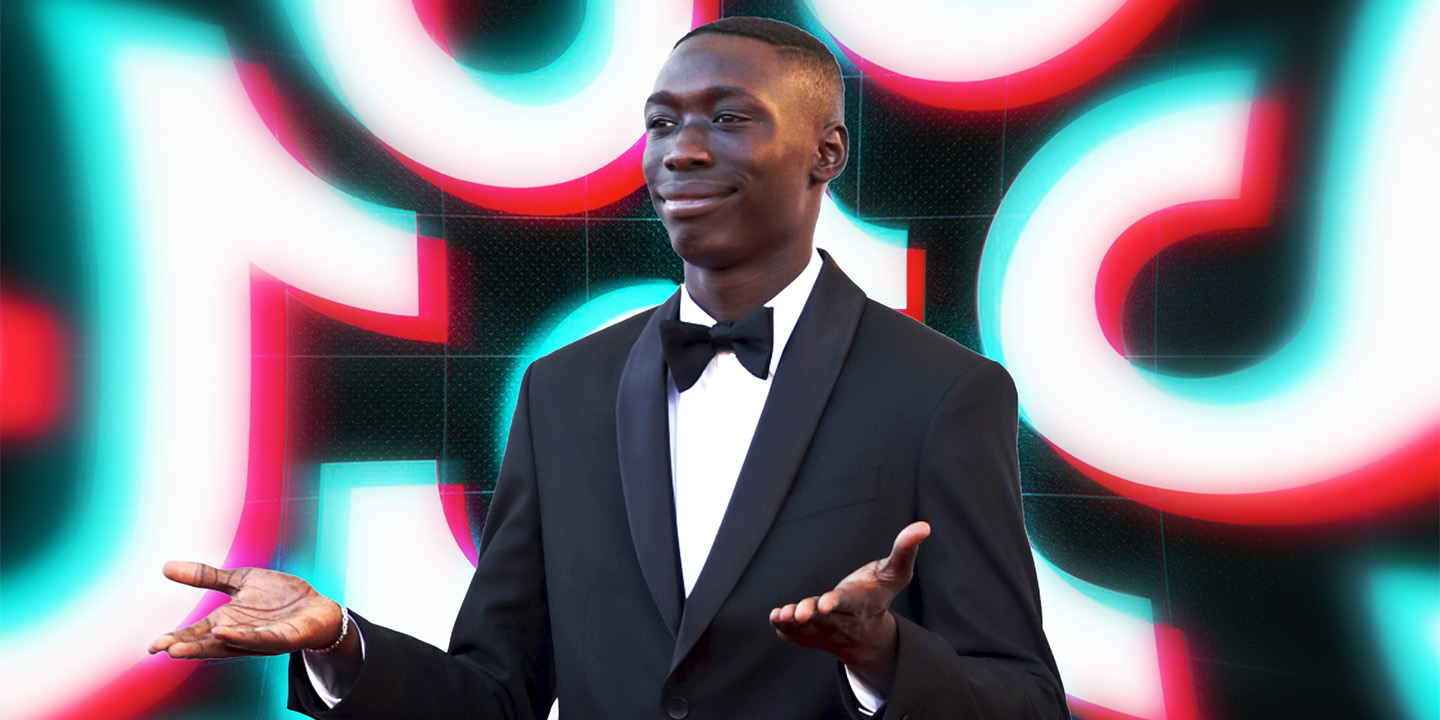 Khaby Lame has become the most-followed person on TikTok, overtaking Charli D’Amelio with his viral comedy videos. Recent weeks saw fans launch a campaign -  led primarily by TikTok user Noah Glenn Carter - under the hashtag #KhabyToNumberOne to push him to the top. With their efforts paying off, Lame now has over 142.7 million followers compared to D’Amelio’s count of 142.3 million.

For some context, the Italian-based TikToker quickly rose to prominence by utilising the app’s duet and stitch feature to silently react to overly complicated “life hacks”. Last year, Lame surpassed Addison Rae as the second most-followed TikToker. Offline, he signed a multi-year partnership with Hugo Boss and dropped a capsule collection that includes a doll of himself.

For years, the influencer space has been dominated by white creators despite Black creators setting trends and shaping online culture. So, it’s interesting to see a Black creator secure the top spot on one of the most popular apps. We hope this success translates into more sponsorships and income for Lame. Especially as only white influencers made Forbes’ 2022 top-earning TikTok creator list despite him being the second-most followed TikToker creator at the time.

The new accelerator program will see Snapchat offer financial support, training and more to 25 emerging Black creators on the platform.

Users will be able to post quick notes, such as announcements, to their Close Friends circle or followers that disappear in 24 hours.

Sellers on Shopify can now advertise and list products on their Twitter Professional Profiles, which will then redirect users to the Shopify product page.

Despite being known for its restrictive character limit, Twitter plans to go long-form with a “Notes” feature as long as 2,500 words.

The Meta-owned platform is testing a series of features including video selfies, vouching from adult friends and ID verification to verify proof of age.

In response to the European Consumer Organisation’s (BEUC) complaints, TikTok has agreed to let users report ads that could deceive children into purchasing goods or services.