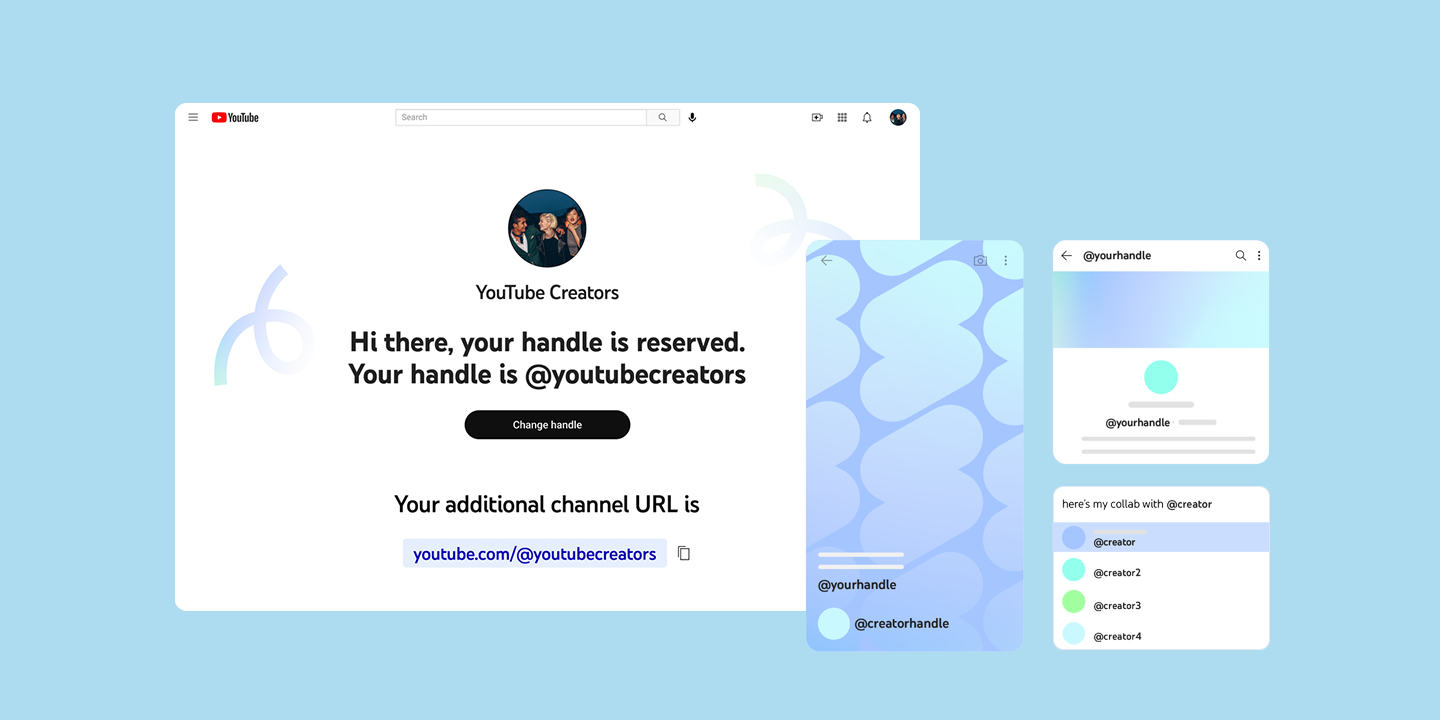 Catching up to its peers, YouTube is officially swapping out its infamous channel names to handles. Appearing on channel pages and Shorts, this new direction will make it easier for creators and users to mention each other in comments, community posts, video descriptions and more.

Until now, custom channel URLs were only accessible to creators with 100 or more subscribers. However, the steaming giant announced it’s making this change available to everyone.

One reason for this pivot is to offer creators a new way to drive more traffic and engagement through a much clearer identifier. And with YouTube’s ongoing efforts to boost usage on Shorts, the use of handles will help maximise growth on the short-form offering. Thus making it easier to follow creators and, with no restrictions, room for anyone to freely make content on Shorts through their personal branding.

YouTube also hopes handles will help curb the trend of copycat channels created by scammers who use the same name as popular YouTubers. Unlike channel names, handles are unique to each channel, making it easier to confirm if you’re engaging with the right person.

Support for handles will begin to roll out gradually over the coming weeks.

You can read more about the change on YouTube’s blog here.

Instagram is developing a new feature that rewards a Reels’ performance with badges as part of its efforts to incentivise creators on the platform.

Responding to smaller community engagement in the app, Twitter is testing the option for dedicated audio Spaces within Communities.

TikTok profits from livestreams of refugees

According to a BBC investigation, the short form platform is taking up to 70% of proceeds from livestreams in which Syrian refugees have been begging for donations.

The micro-blog launched a new feature that lets users post four media items consisting of images, videos and GIFs in a single tweet.